The new Maersk Line Triple E has finally been unveiled, at the Lego Fan Week-end in Denmark. This new container ship is a creator expert set and at the same time is the latest addition to the considerably long set list of Maersk that Lego has released since 1974. The set has more than a thousand and five hundred pieces which makes it the biggest of all time, and with it we can expect a bunch of amazing details.

At the first glance, the thing that probably caught my attention was that rare light blue mixed with the dark red. But just as we start looking more carefully, the amazing list of details didn’t stop to grow.

The twin engines with eight cylinders each are surely impressive and can be accessed or seen through a couple of alternatives: the first one is by easily removing a container’s row, placed just above or enjoying them just by looking through the couple of windows placed at the top of the ship’s hull.

The containers are basically made with a traditional 2*4 bricks (with three studs high) that distributed through thirteen long blocks, easily reach the few hundreds upon the ship, which is definitely outstanding in terms of realism (ok, I’m sure that the real ship can carry several thousands of them…). 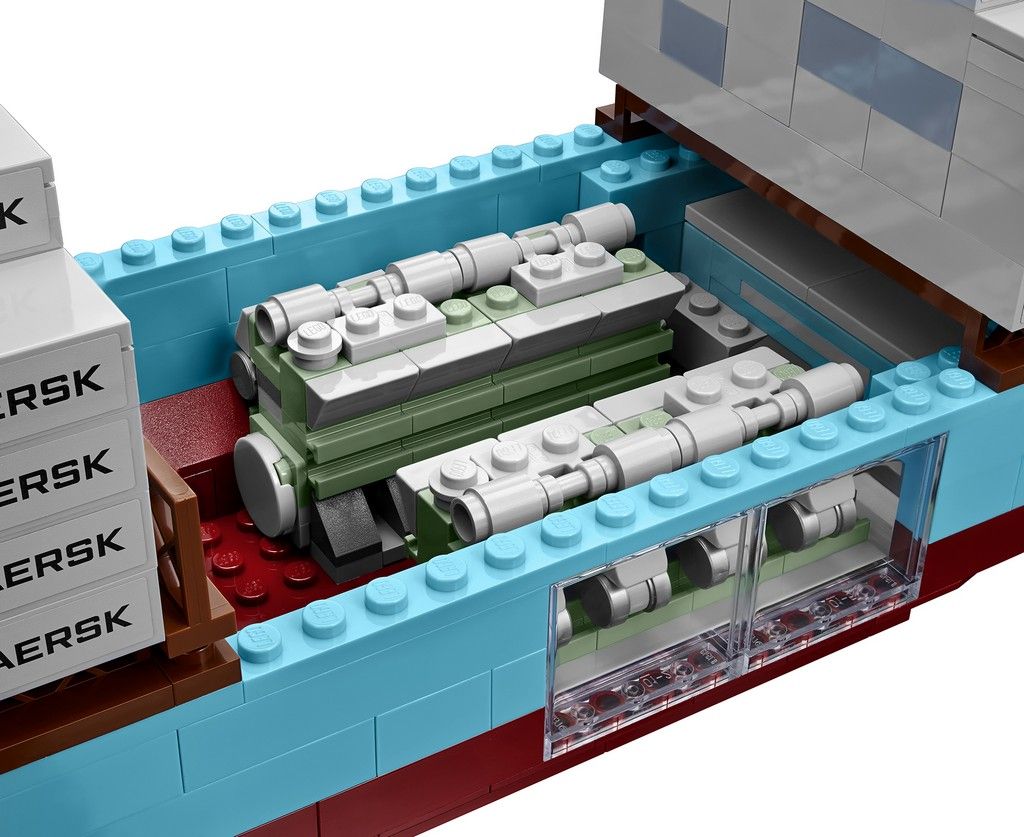 Continuing, at the back, there are a couple of powerful golden propellers which I think that are exclusive of this model and a few additional red rotors that can be easily movable. Through the deck, the big twin chimneys and the bridge are also pretty detailed but in this last case I think that it could be slightly bigger.

The pope has a big white mast with a presence light and underneath it there is what it seems to be a hidden coin, which, as you can see in the presentation video, is a sort of traditional in all the Maersk ships. The set which will be available in the beginning of the year will retail around the hundred and fifty dollars and gladly will make some damages in many fans’ wallets. 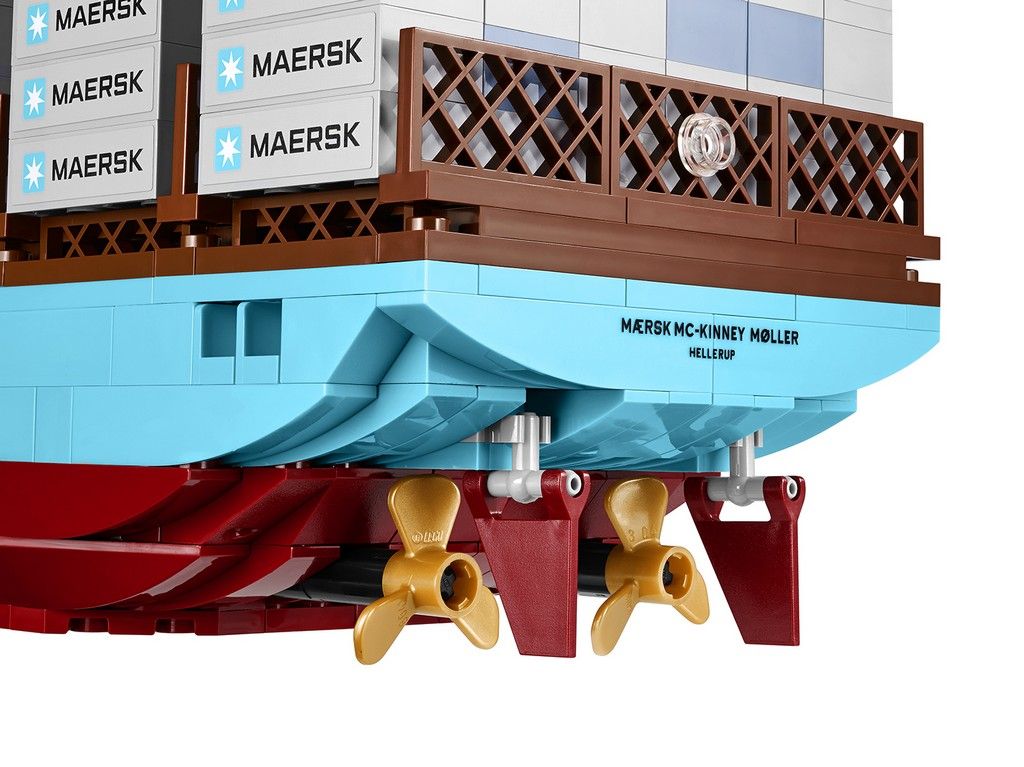 Have a look to the presentation video, to the press release and some additional pictures at the bottom:

Build the Maersk ‘Triple-E’ container vessel – a true giant of the seas!

Presenting the largest ship in the world – the record-breaking Maersk ‘Triple-E.’ Built from over 1,500 bricks, the model recreates the real vessel in amazing detail. Our LEGO® designers have included rare colors such as medium azur, dark red, sand blue and sand green. There are rotating gold-colored screw blades leading to the brick-built twin propeller engines, which you can view through the window built into the port side of the ship. You can even customize it by adding or removing the containers. This authentic set includes a display stand and fact plaque with detailed information about the ship and, as a finishing touch, there’s the gold coin that is added under the mast of all Maersk Line ships for good luck on their voyages. This model is perfect for LEGO fans!

Building instructions also include interesting facts about the real ship