The new Lego Creator Expert set that has been recently revealed by the Lego Group is absolutely outstanding. With exactly one thousand two hundred and sixty one pieces, this new winter set is perhaps the most colored that will be released this year and definitely one of the prettiest.

The masterpiece is a colored carousel with a nice stand just next to it but there is plenty of more: there extra stands all across the village will surely give the town square a greater look with endless colored details as well as the eight new mini-figures (two males, three females and four child). Forgive me if I’m wrong but this year there isn’t a single detail about Christmas in the entire set which is definitely quite unusual.

Having a look at the detailed pictures of the carousel we can see that it is built over a white plate, there are two white horses (with exclusive printings) and a couple of wagons (with space for the children) on it and best of all they can easily turn around thanks to a nice mechanism that is triggered and controlled through a small lever just behind the stand.

In terms of building this part of the set looks pretty enthusiastic. First of all there is the turning mechanism, certainly made with technic pieces and best of all the huge quantity of different color schemes. I must say that I especially enjoyed the central column of the carrousel and the three lights on each one of the eight sides. 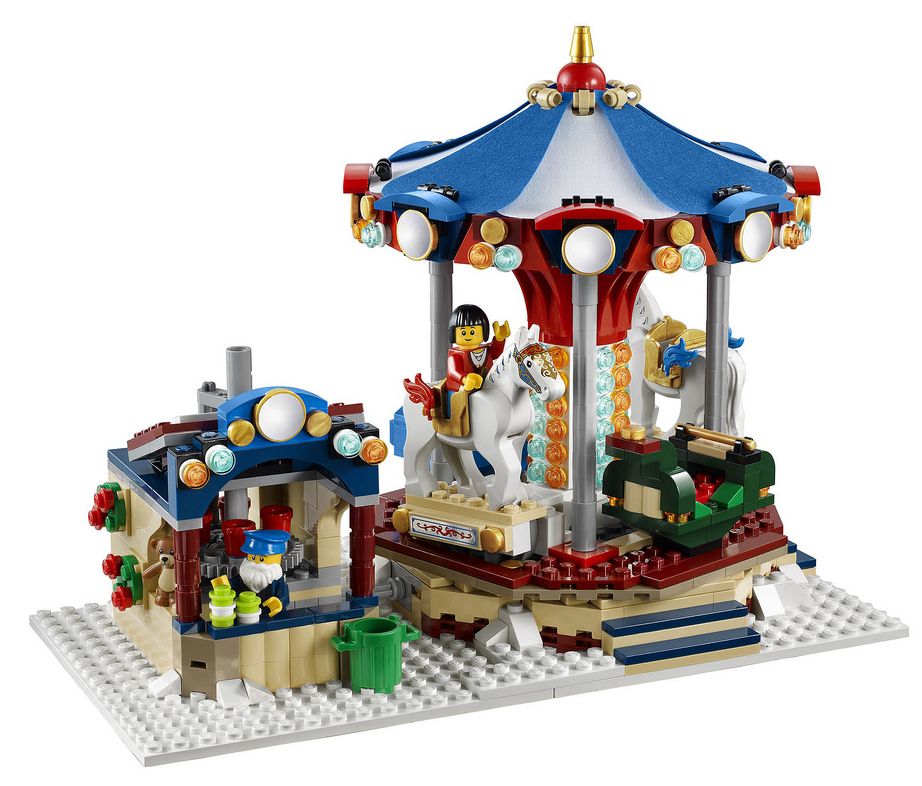 The stand follows the same decoration with multiple colored lights and in inside it has a nice wheel with four buckets that turns around, triggered by the same lever that the carrousel, which is definitely a great game for kids where they can try to overthrow the buckets with balls and win prizes such as the teddy bear. 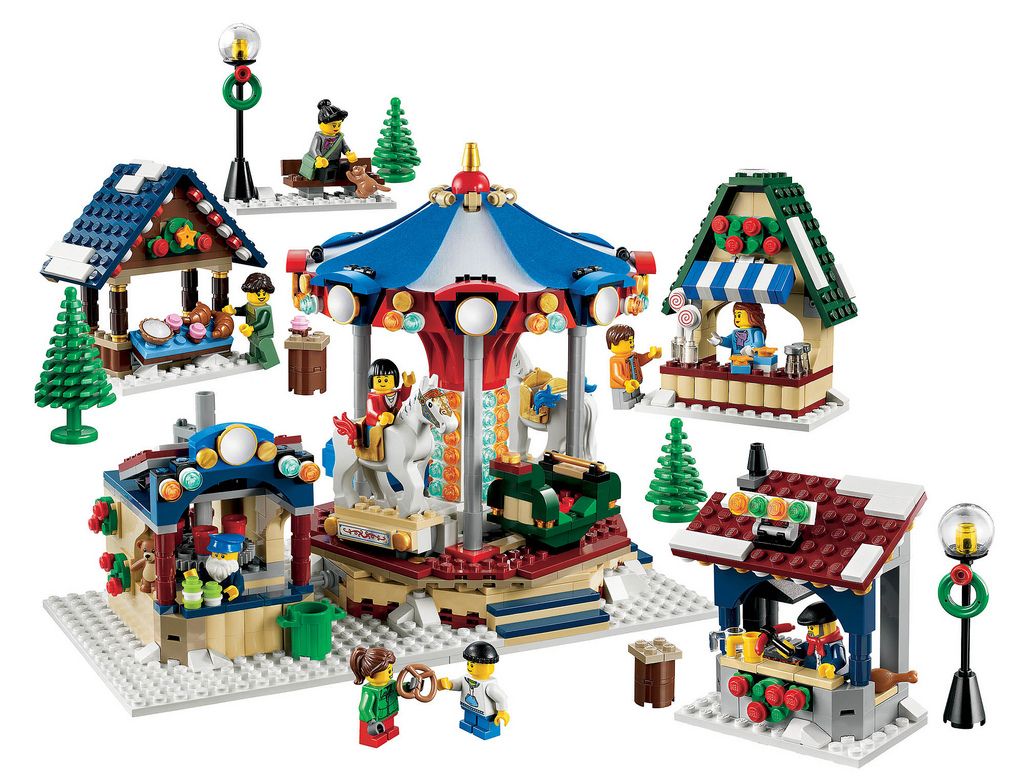 Having a look at the rest of the set, there are three nice additional stands: a bakery, the barbecue and finally the gift shop. The bakery, as you can see through the pictures, is the one with a dark blue roof, plenty of red and white lights and some candies on it: a nice cake, two croissants and two pink pretzels.

The bakery is perhaps my favorite stand. With a nice grill it has also some nice sausages, a big piece of meat and a couple of drinks. Finally, the gift shop couldn’t be better. With a sloping dark green roof, it has some nice lollipops and a couple of sweet jars and of course a beautiful sales woman to promote them. 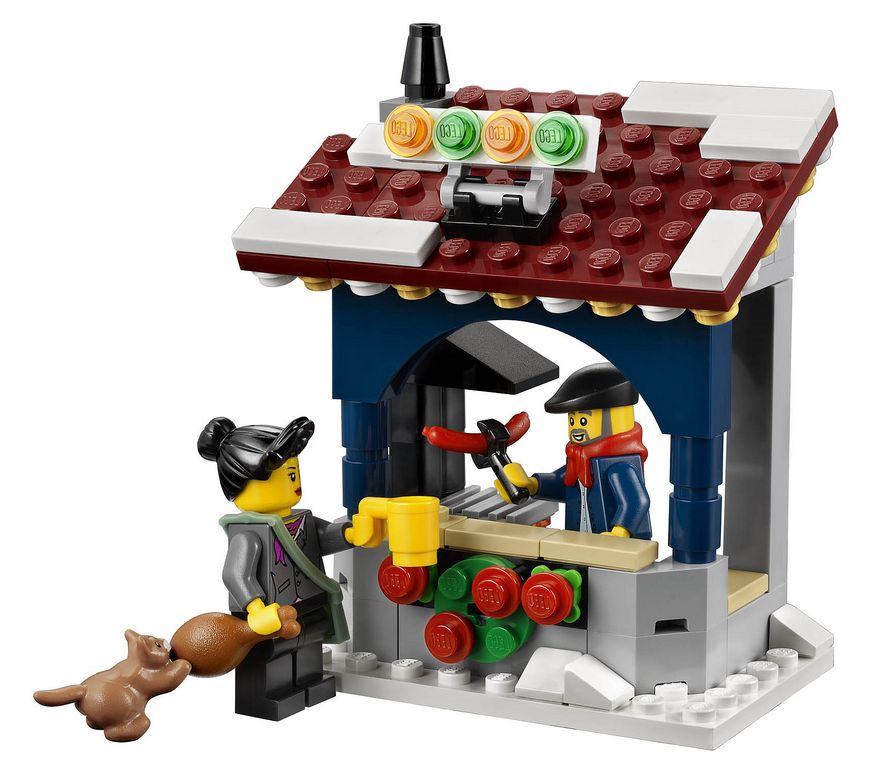 All over the set we can also find some extra details that will certainly give improve the level of this set namely the several trees, the nice bench with the street lamp next to it (there are two in the set) , the multiple wood tables all around the market, and globally the endless fun and color that the sets transmits.

Overall this is a must that I will surely not miss next October. Hundred dollars look fair for this huge set, according that it has almost one thousand and three hundred pieces. Please enjoy the extended gallery: