This British First World War airplane has been recreated by Lego and recently appeared in the latest Lego events, namely, the Lego Show in Manchester. With almost nine hundred pieces, this is definitely a big collection model because it measures about 40 centimeters wide and its wingspan has exactly half a meter!

The plane has most of the features of the original model: it has not only a powerful and robust engine but mostly it transmits perfectly the sensation of a coupled fuselage, typical of that time. In terms of playability, this is an exposition model, so this isn’t properly the best model to play with. Instead, it can be admired for a long time. 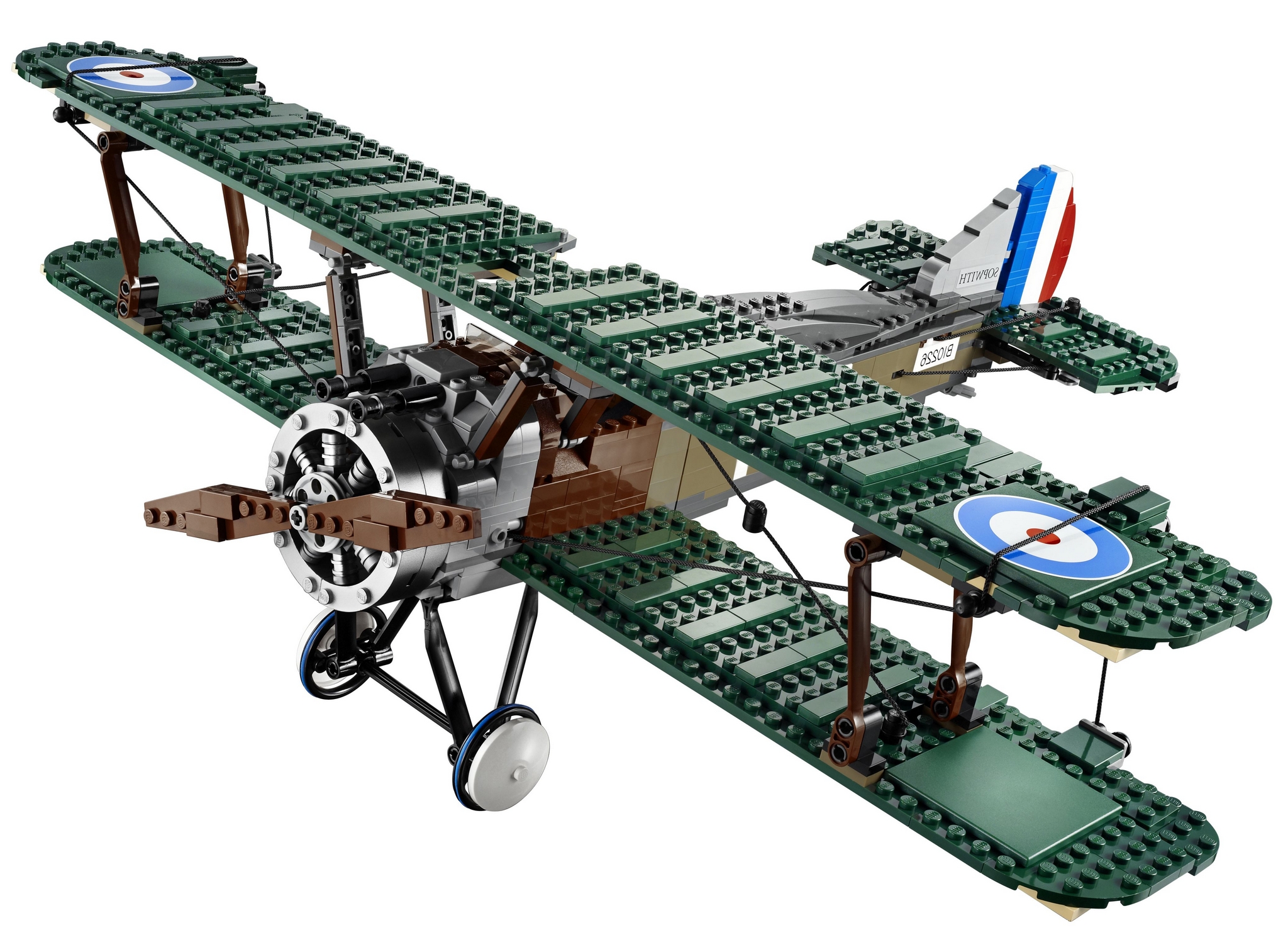 Building it might be a job for a couple of hours. The body of the plane looks rather solid and robust and its symmetric wings are made of several green plates attached in multiples and strategic points. The landing gear is a must, it is made with unique pieces (there are several in the entire set) and recreates rather well the original model. 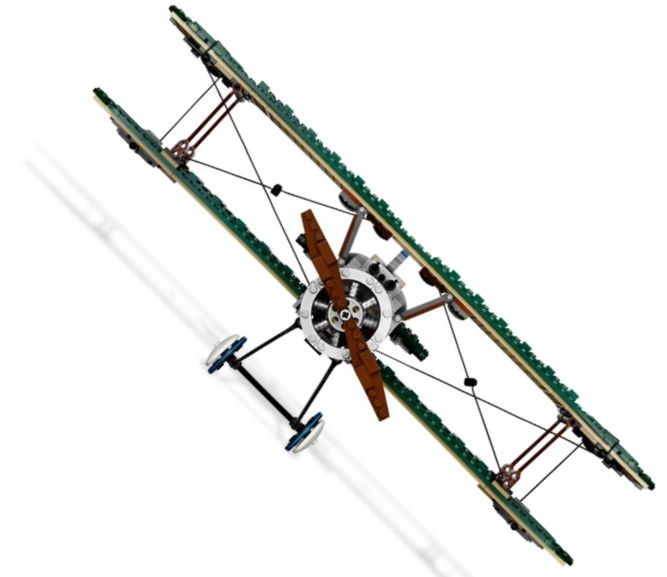 Lego has just released its press release about the set. Check it out:

The legendary Sopwith Camel, the aircraft flown by WWI aces and one of the most recognisable British aircraft to take to the skies, has been recreated as a LEGO® Exclusive model.

The biplane that took on the Red Baron Manfred von Richthofen and his flying circus has been turned into an authentic model with moving parts that captures the Sopwith Camel’s classic looks.

“Getting to design it was a real treat,” says Jamie Berard, Lead Designer for LEGO Exclusives. “We made a Sopwith Camel in 2001, but that was more of a visual model, beautiful to look at but without any functionality.”

In this video Jamie Berard shows the model (story continues below):

Just like the real aeroplane, the joystick in the cockpit can move the ailerons and elevators using string rather than gears or levers. “The string goes up over the wings and can operate the ailerons on both wings at the same time. It was a real challenge to work on,” says Jamie.

The powerful rotary engine that gave the Sopwith Camel its distinct look has also been recreated and features a rotating propeller and rotating engine cylinders.

The scale was carefully chosen to take account of the size of the large, powerful engine that drove the plane and so that the string could function properly with ailerons. “That allowed us to make a bigger wingspan more true to the original aircraft and a wider body that makes it easy to hold as you fly it around.” 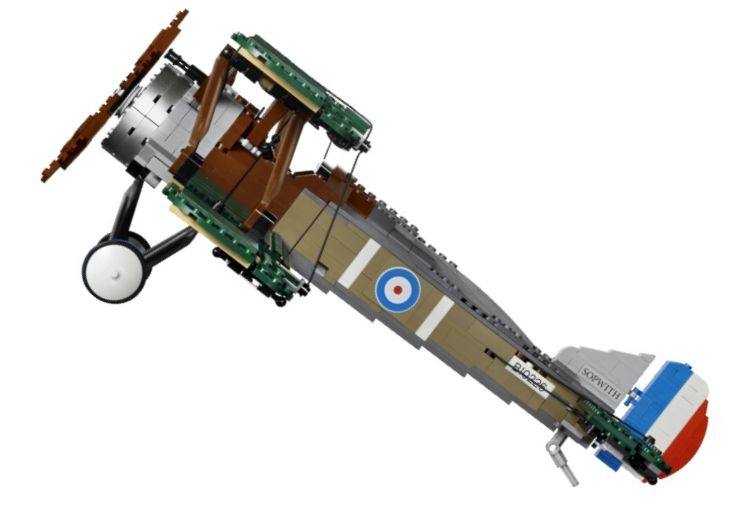 On the other hand, if you prefer a short model of the Sopwith Camel, Lego will shortly launch the 40049 set with only sixty five pieces but a lot more of playability. The plain is easy and fast to build and has plenty of similarities with its big brother. Be alert because they will soon be available on stores.