LEGO has unveiled two “Holiday Sets” for 2013, a delivery truck and a small market stand which will be free for orders of a minimum of $ 99, on Shop @ Home and LEGO Stores, during the next two months, October and November. And according to the pictures they surely look a couple of great additions for the Christmas sets.

The first one, the Lego 40082 is a small creator set with one hundred and fifteen pieces and basically is a small Christmas tree stand nicely decorated. With a red and slopping roof, at the top it has plenty of bright Christmas lights which interact with other bigger winter sets. Finally the dark brown windows contrast perfectly with the rest of the structure.

But the fun doesn’t end here because the set also brings two mini-figures (pretty common but at the same time quite detailed) three small trees for sale, a few fences all around the stand, and some nice accessories such a small ax and a brown broom that can be fixed in a small rack, a couple of currency notes and finally a nice coffee cup. 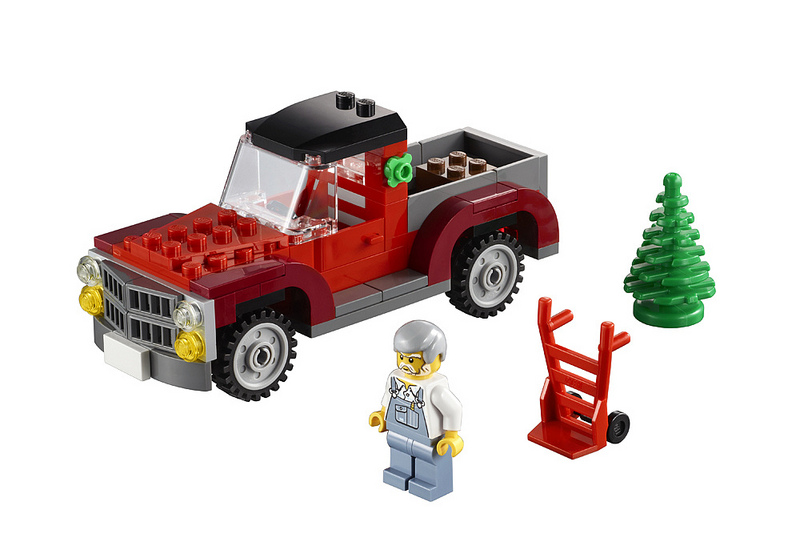 The second holiday set is also from Creator and is an old red truck ready to deliver the trees all around the village. It brings hundred and eighteen pieces (slightly smaller than the other) which include besides the red truck, an extra tree, a driver with some nice printed beards and a small red cart to transport the tree.

The truck is six studs wide and has some nice wheels, bigger than the usually used on city vehicles. All the aesthetic is nicely based in a 50’s or 60’s truck, with a big long engine hood, the extremely exposed engine grid and in the middle the tall cab with no kind of aerodynamic. Gladly this one has some nice little doors and a nice driving place for the guy. Finally at the back, the trunk has plenty of space for the Christmas tree (if they travel standing, I think that the car can transport a couple of them…), however I have my doubts about the tree stability in case of traveling lying down. 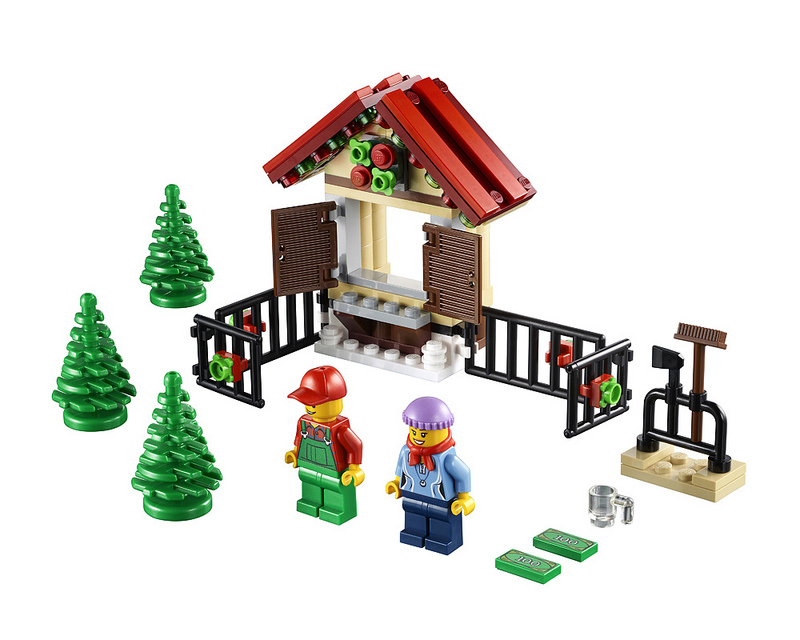 Globally these are surely two nice Christmas sets with plenty of color and playability and I only regret the fact that I don’t have any Lego store nearby. If there were any doubts about its beauty, the outstanding set boxes would take care of removing them. Please have a look at a few additional pictures: