A couple of new seasonal sets are now available in Lego Stores. The first one, a Santa set brings a couple of mini-figures, Santa and a child, and a few additional accessories such as the bag, the gift and a small train. The tree that is on the cardboard would certainly be welcome!

The second one is a Halloween set that brings Lord Vampire, together with a red spider and a black casket .Despite the beauty of the pictures, basically for me they’re just mini-figures with a couple of interesting details. Eight bucks seem also a bit heavy considering that there’s nothing much besides the mini-figs.

The Swamp creature is a little seven dollars set that looking that it worth every centime. It has exactly seventy little pieces, that include a nice swamp boat with side missiles, two mini-figures (Frank Rock and a Swamp Creature – this one is an added value, find it on cheap set is not easy) and a little swamp.

Starting by the little swamp, the first impression is that with a little bit more creative (and a couple of dollars more, too…) it could by slightly bigger, perhaps with a bit of water and one or two bushes, by this is just my opinion. The swamp has also a dead?? fish for the creature and a small yellow bubble maker. 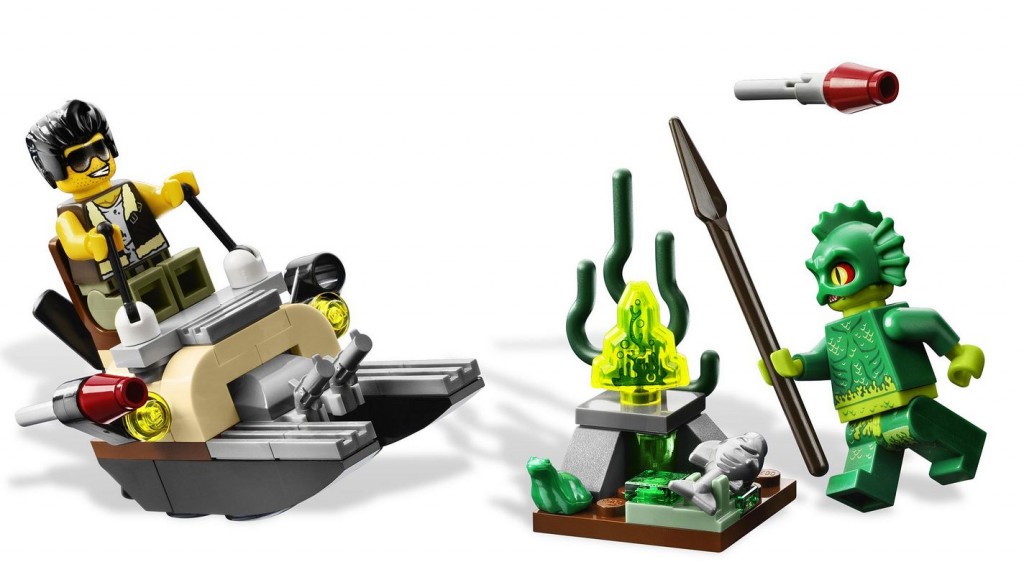 The boat is rather radical. It’s so small and at the same time it END_OF_DOCUMENT_TOKEN_TO_BE_REPLACED 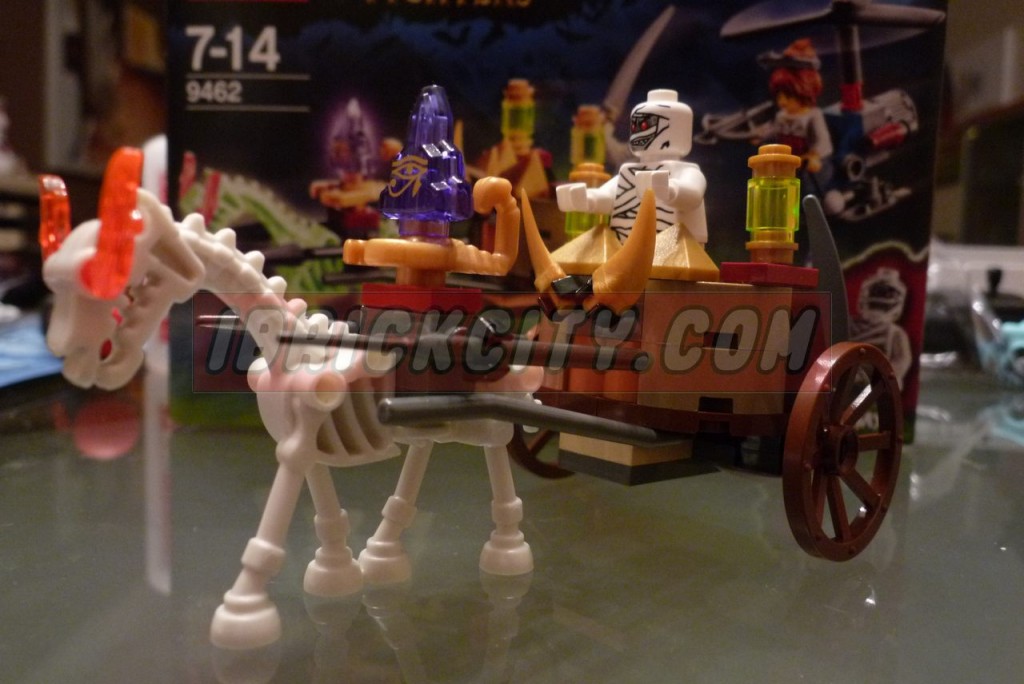 The carriage, made with brown pieces, is made up on a structure END_OF_DOCUMENT_TOKEN_TO_BE_REPLACED

The Haunted House is the biggest Monster Fighter set with more than two thousand pieces. This spectacular set, released last September, is composed by two elements: the big abandoned mansion and a gate with a couple of symmetric walls. Besides those, the set has also six nice mini-figures: The Zombie chief and the Butler (these two are exclusive of the set), two ghosts, Lord Vampire and the Vampire’s bride.

The big mansion has three floors each one of them with amazing details. Everywhere you look will seems abandoned which attests that one of the main goals of this set, its realism,  has been successfully reached (Well, the truth is that in my opinion every goals that this set had was clearly achieved – except the low price, of course…). 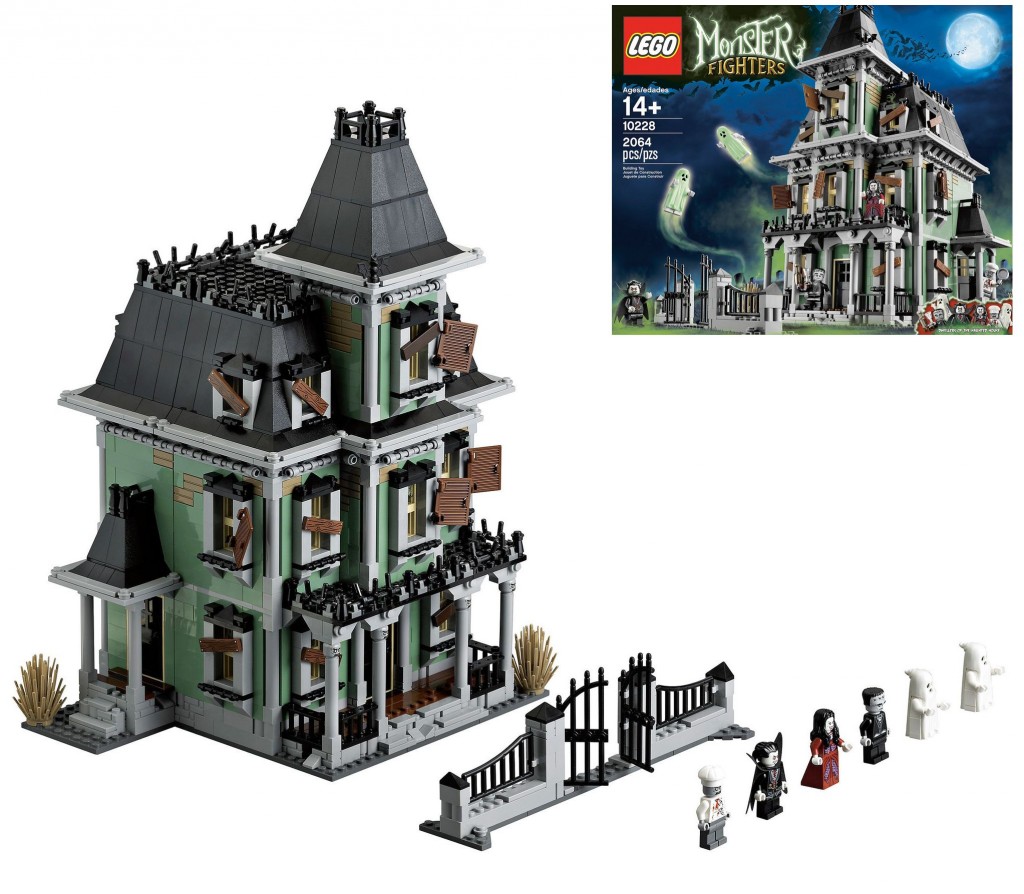 The Werewolf is a Monster fighter set that was recently released on stores. It intends to recreate a scene where the Major Quinton, attracted by the moonstone falls into an ambush. The set is composed by an unusual tree, with a nice jumping mechanism at the top, the werewolf, a vehicle, typical of the theme, for the Major, and the so called two mini-figures: the werewolf and the Major Quinton Steele, which definitely are a good addition to any collection.

Starting by the vehicle, it is a bit small but its wheels are, proportionally, bigger than usual. Besides that, the rear axe is higher than the front one, which gives the car a nice effect. If we look at the unusual details of the car, the list is huge: the front grill is a rare piece, the front lights are four and are pinned on some pieces commonly used in other tasks, the side engine valves and the small windshield are some of the aspects that we look at the first glance. And I was almost forgetting the rarest: the silver frog, over the engine! 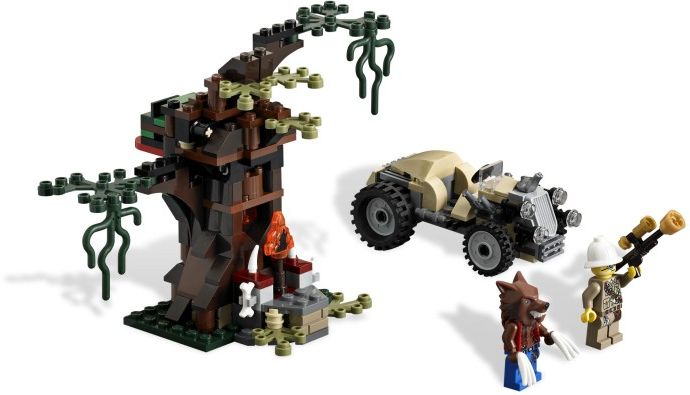 The tree is everything but a tree. It has, in the base, a small witchcraft temple with some horns and a orange flame. END_OF_DOCUMENT_TOKEN_TO_BE_REPLACED