The Dirt Bike transporter is a set that i will surely bye as soon as i see it on stores. The set is composed by a 4×4 Jeep which makes me remember the 4WD range rover of the 7635 set and two cross bikes : an orange and a green one. Two pilots that can be simultaneously mechanics, are also present.

The sporty 4X4 vehicle is very well designed but it has only a decent seat for the driver. The passenger has been forgotten or else, he can go at the back but not too much comfortable. The car has no side doors but instead has a back doors that gives access to the car’s trunk. Here besides the other pilot, you can store the helmets or the spare wheel if you don´t feel much confident with it on the roof. 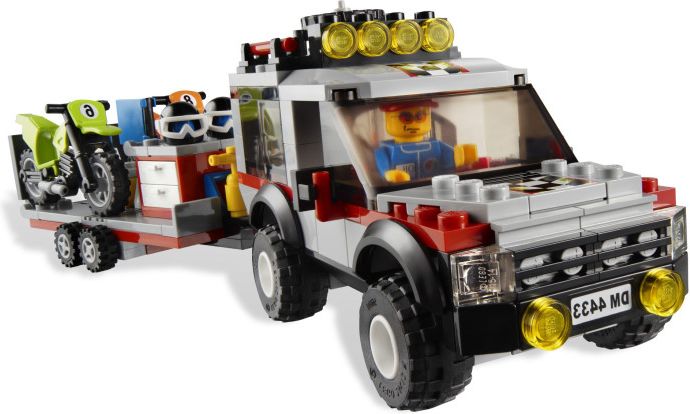 Yes, the roof has a slot in order to store the spare tire as we usually see in racing teams. Four powerful lights are also present on the top of the car, in case of a nightly malfunction. Overall, is definitely a racing support vehicle with no kind of problems in terms of building and playability. I really enjoyed it. 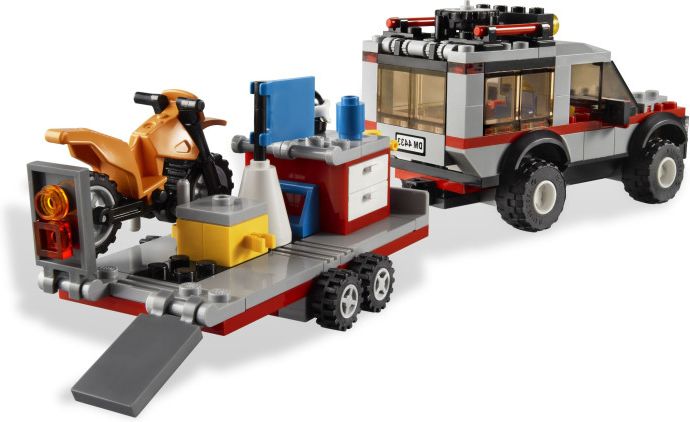 The bikes are very cute, small and easy to build, and have all road tires that give them a nice racing look. Finally the trailer, it has room enough for the two bikes (ok, they are a bit small) a small compartment with two drawers where small tools can be stores. The two flags have also its reserved space in the middle of the bikes. One final note about the trailer, its tires could be bigger, it would give it a better look. 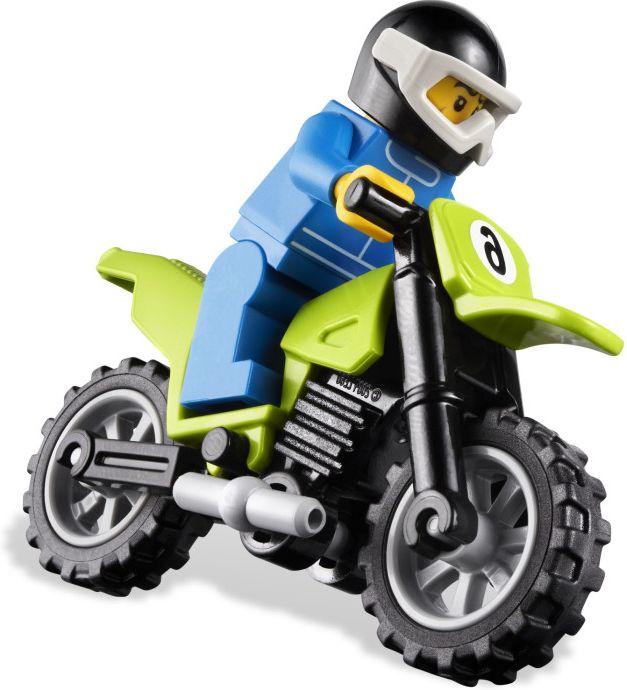 No matter the small wheels, I recommend this set because of its playability and interaction with other sets. It has about two hundred pieces and two mini figures and it was released this year, 2012. If desired, the instruction can be found in the following links: